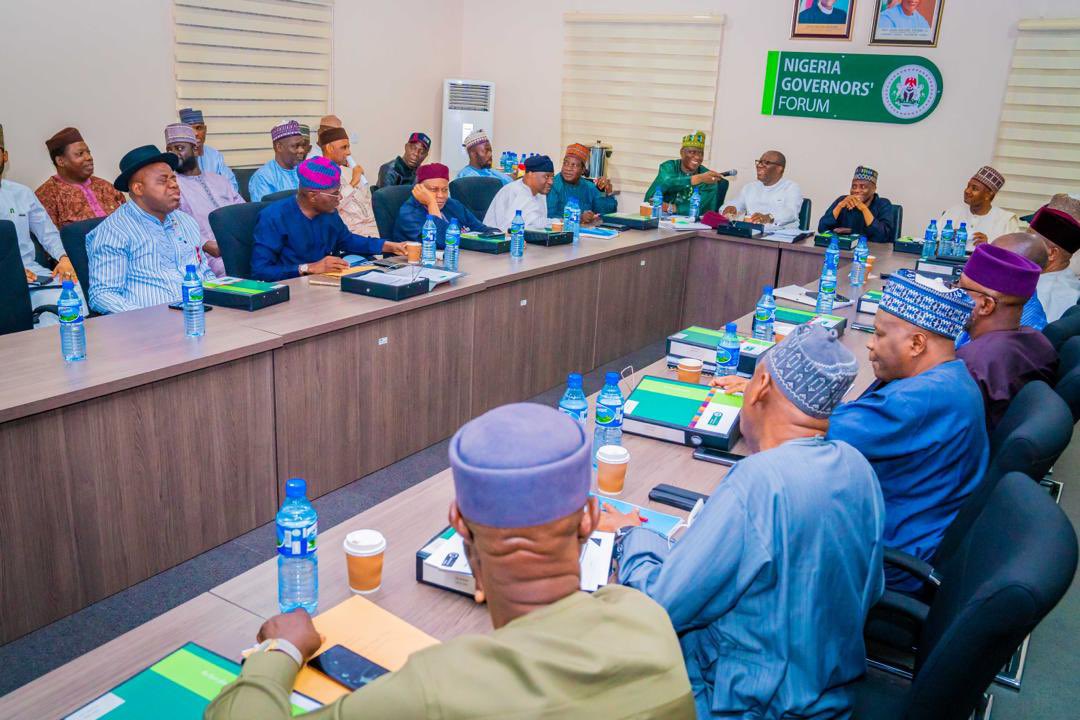 The 36 State Governments have urged the Federal High Court in Abuja to stop the Federal Government from moving forward with the deduction of funds from the Federation Account for the settlement of the Paris Club Judgment Debt of 418 millions of dollars.

This came after the same court dismissed the state government’s lawsuit seeking an order to stop said deductions last month.

In ruling on the lawsuit on March 25, trial judge Inyang Ekwo ruled that the state attorneys general, who jointly filed the lawsuit on behalf of their respective states, lacked the legal capacity to to sue without their governors’ consent.

However, the News Agency of Nigeria (NAN) reported on Tuesday that the attorneys general of the 36 states on March 28 asked the judge to stay the execution of the judgment.

They asked the court, in their motion, to prevent the respondents from carrying out the execution of the judgment rendered on March 25, pending the hearing and decision of their appeal by the Court of Appeal.

The petition was filed pursuant to Order 32, Rule 1, and Order 56, Rule 8, of the Federal High Court Civil Procedure Rules 2019; Sections 120 and 162 of the 1999 Constitution (as amended) and within the inherent jurisdiction of the court.

The petitioners, who listed 26 reasons why the court should answer their prayers, said the trial court’s decision was challenged in the Court of Appeal.

Part of the grounds is that “the petitioners have a constitutional right to appeal against the said decision, in accordance with Articles 36, 240 and 242 of the Constitution of the Federal Republic of Nigeria, 1999 (as amended).”

According to them, the appeal, which they say is pending before the Court of Appeal, Abuja Division, “raises arguable, substantial and abstruse grounds of appeal with a high chance of success.”

The court, they added, “has the power to grant the immediate request to preserve the resolution and subject matter of the pending appeal.”

Mr. Ekwo scheduled the hearing of the motion on Wednesday.

The other defendants sued by the plaintiffs are the Central Bank of Nigeria (CBN), Debt Management Office (DMO), Federation Account Allocation Committee (FAAC), Incorporated Trustees of Association of Local Government of Nigeria (ALGON), among others.

There are a total of 43 defendants, including judgment creditors, sued in the lawsuit which was filed by the 36 state attorneys general on October 27, 2021.

Mr. Ekwo had last November prevented the federal government from making deductions of the federation’s account to settle disputed legal debts until the issues are resolved by its court.

But delivering his judgment on the prosecution on March 25, the judge, Mr Ekwo, ruled that state attorneys general did not have the legal status to bring the prosecution without the consent of their governors.

“State Attorneys General cannot bring this action alone in view of the provisions of Section 211 of the 199 Constitution.

“It is beyond the powers of state attorneys general to initiate this prosecution themselves.

“No cause of action can arise where a plaintiff lacks legal capacity to sue.

“This lawsuit does not fall within the category of lawsuits that may be brought by state attorneys general without the consent of governors,” the judge said.

Mr. Ekwo further held that the court had no power to review its own earlier judgment ordering payment to creditors.

“I find no merit in this lawsuit and it is therefore dismissed,” Mr Ekwo said.

The debts arose from judgments awarding creditors, who claimed to be “consultants” and “contractors” to state and local governments, various sums of money that currently stand at $418 million.

Some of the creditors claimed to have earned their share of the money through ‘advisory services’ to help state and local governments recoup funds over-deducted by the federal government from their allocations between 1995 and 2002 for servicing London Club and Paris Club loans.

Support the integrity and credibility journalism of PREMIUM TIMES

Good journalism costs a lot of money. Yet only good journalism can guarantee the possibility of a good society, an accountable democracy and a transparent government.

For free and continued access to the best investigative journalism in the country, we ask that you consider providing modest support to this noble endeavour.

By contributing to PREMIUM TIMES, you help sustain relevant journalism and keep it free and accessible to everyone.