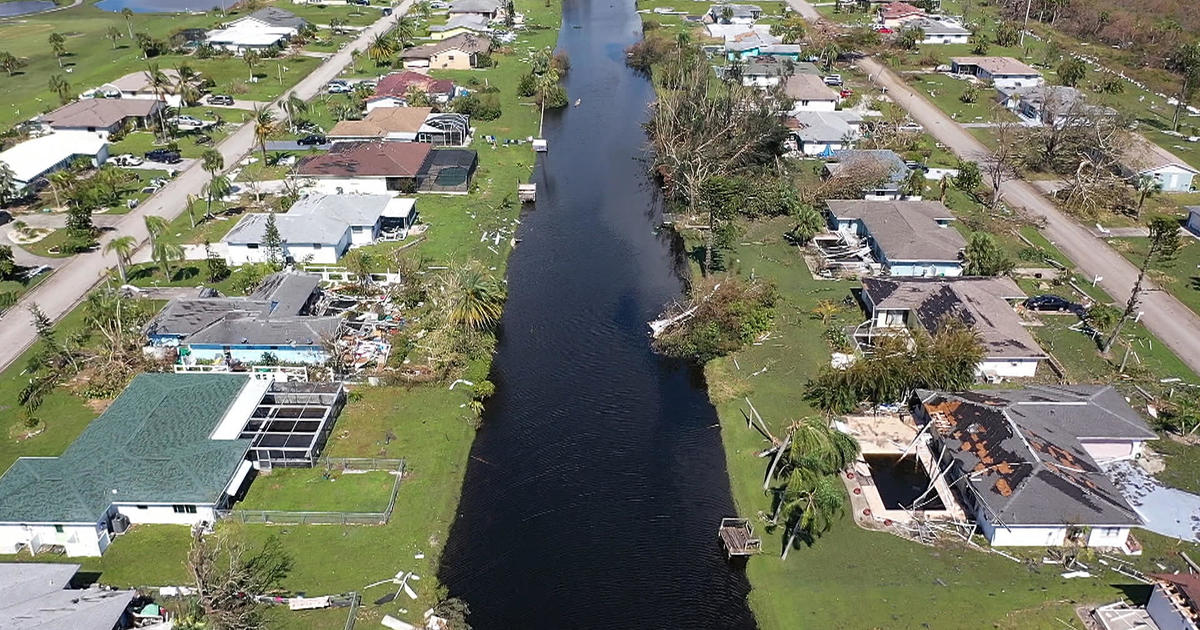 This week on 60 Minutes, correspondent Bill Whitaker reported from Florida on the impact of Hurricane Ian on local communities.

As many across the state continue to investigate the damage, former Air Force weather forecaster Bobby Quinn is lending his services and expertise. The Tampa Bay native headed the route Ian planned and rode the hurricane in his van.

“I felt like I needed to be there,” Quinn told Whitaker of why he got stuck in the heart of the storm. “Of course, what I did not expect was the slowness [the hurricane] was moving, and it was relentless. It was the strongest wind and rain I have ever seen.”

Quinn runs a tech startup called “Paypixl” that collects drone footage and organizes it on an app. When Hurricane Ian hit Florida, it rearranged the site so evacuees could view footage of their homes and assess the damage remotely and for free.

Paypixl allows anyone to look up an address and see if anyone uploaded images of the property after the hurricane. Quinn uploaded over 8,000 images he captured from the Rotonda West community in Florida. The app also allows evacuees looking to appraise their property to request images.

“I’ve been through many storms and no one ever solves the problem of communicating with loved ones and owners who evacuated outside,” Quinn told 60 Minutes. “There’s never a priority in giving data to these people. And they’re worried and have a sense of hopelessness. And they’re thinking the worst. And we want to give them the images that change that for them, put them at ease, gives them peace of mind.”

You can watch Bill Whitaker’s full report on Hurricane Ian below.

The above video was produced by Keith Zubrow and edited by Sarah Shafer Prediger.