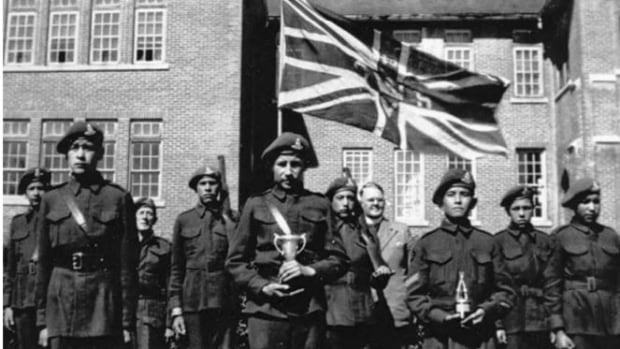 Orange Shirt Day has been celebrated informally across Canada for years to commemorate the damage caused by residential schools, which were federally funded institutions run by religious orders that many Indigenous children were coerced into. the law to patronize. Many of the children who attended were victims of physical and sexual abuse and were forced to leave their culture and language behind.

As of September 30, Orange Shirt Day will become National Truth and Reconciliation Day, a new federal holiday finalized in early June, after the remains of approximately 215 children were found at the site of the former Kamloops Indian Residential School in British Columbia

GrÃ©goire began his appointment in September 2020 as the Chief Warrant Officer of the Canadian Armed Forces (CAF CWO), one of the most important positions in the Canadian military, and is responsible for overseeing discipline among all non-commissioned members.

On the afternoon leading up to Orange Shirt Day 2020, emails were sent across Canada reminding leaders to tell their subordinates not to wear an orange in uniform.

The email forwarded, obtained through access to information legislation, was in the subject line “DAY ORANGE T-SHIRT NOT APPROVED” and partly stated that “the wearing of orange t-shirts or square fabric on the uniform is DO NOT authorized for September 30. “

The army refused a request for an interview with GrÃ©goire. In a statement, a spokesperson said the rules prohibited “the wearing of clothing or accessories that are not part of approved military dress.”

“We encourage our members to participate in commemoration events and to extend and show their solidarity in an appropriate manner,” the statement said.

The Queen’s Regulations and Orders, the rules that govern the armed forces, prohibit unauthorized uniform accessories, but allow the highest ranking officer in the military to override the rule.

“The Chief of the Defense Staff may authorize specific accessories to be worn as an option,” state the rules.

Former Infantry Soldier Master Cpl. Tim O’Loan said he believes it is important for members to be allowed to wear an orange shirt, square or ribbon on their uniform at work, where they spend most of their time each day.

“I guarantee you that there are individuals who wanted to support Orange Jersey Day in a calm and respectful manner and who were crushed,” he said. “I bet you, without a doubt, they would have been disappointed with that.”

O’Loan, who is a member of the Dene Nation, joined Princess Patricia’s Canadian light infantry unit in Alberta at the age of 17. He served for 10 years before leaving, in part because of the racism he faced at work.

“A lot [Indigenous people] joined because it’s their commitment to the treaties they signed with the Crown, â€he said from his home in Ottawa.

“And the Crown, to disrespect and honor Indigenous participation in this is a slap in the face.”

The Armed Forces have ties to residential schools

In 2019, more than 2,700 soldiers, sailors and airmen self-identified as Indigenous, according to the Department of National Defense. O’Loan said he suspected many were descendants of survivors or had attended schools themselves.

â€œThe impact of residential schools, unfortunately, has been felt on the shoulders of many of those who serve,â€ he said.

The Canadian Armed Forces also have a long history with residential schools.

The Truth and Reconciliation Commission found that some schools had been set up in dangerous old military installations. In one case, a federal agent warned that “if a fire were to break out in the building, there would be a high probability of considerable loss of life.”

The military ran school-based cadet programs, seen as a training ground for future recruits. In one school, the commission identified two staff members who supervised and assaulted cadets.

The commission also noted how, in 1956, a cadet instructor crashed a pickup truck carrying 28 students while “no doubt under the influence of alcohol and driving at excessive speed.”

â€œHorrible things have happened,â€ said O’Loan, who worked as an advisor for the commission.

James Dempsey, Associate Professor of Indigenous Studies at the University of Alberta in Edmonton, is one of the few people to have studied Indigenous military history in Western Canada. He said the military has a long and complicated relationship with indigenous peoples and has failed to recognize its role in the damage caused under various circumstances.

â€œThe military is an incredibly slowly evolving institution,â€ said Dempsey, a member of the Blood Tribe from southern Alberta. “Why? Because they believe they are right.”

Dempsey said his experience on the board of trustees of the Royal Military College in Kingston, Ont., Gave him suspicion that wearing the orange was banned due to the bureaucracy associated with changing the uniform rules. .

“To change that in a relatively speaking instant, it just won’t happen. It has to go through too many committees,” he said.

The military made at least one exception to its strict uniform code for another public event: Bell Let’s Talk Day.

The telecom-sponsored day promotes mental health awareness, and a portion of funds raised go to support programs for veterans and their families.

Dempsey said he would like an explanation as to why the military couldn’t make a similar exception for First Nations people.

Phyllis Webstad, a residential school survivor who started Orange Shirt Day, said she could offer the military a solution.

She said she had helped other agencies with strict uniform codes, including law enforcement, find a solution that allowed their members to participate. She reported on one agency that dyed its work shirts orange, while another is developing a standardized enamel pin that officers can wear.

“There is probably a lack of information at the head of the military,” said Webstad. “The blinds are closed and they have no choice but to accept.”

O’Loan, who now sits on the Federal Veterans Ombudsman Advisory Council, said it was time for the Armed Forces to take action to address the racism that members continue to face in the military.

For starters, he said he hopes members will be allowed to wear orange on their uniform in September.

â€œConversations are taking place,â€ O’Loan said. “I just think the military should try to catch up with the rest of society.”

Support is available for anyone affected by the lingering effects of residential schools and those triggered by recent reports.

A national residential school crisis line has been established to provide support to former students and those affected. People can access emotional and crisis referral services by calling the 24-hour national crisis line: 1-866-925-4419.

Do you have more information on this story? Contact Rachel Ward at [email protected]