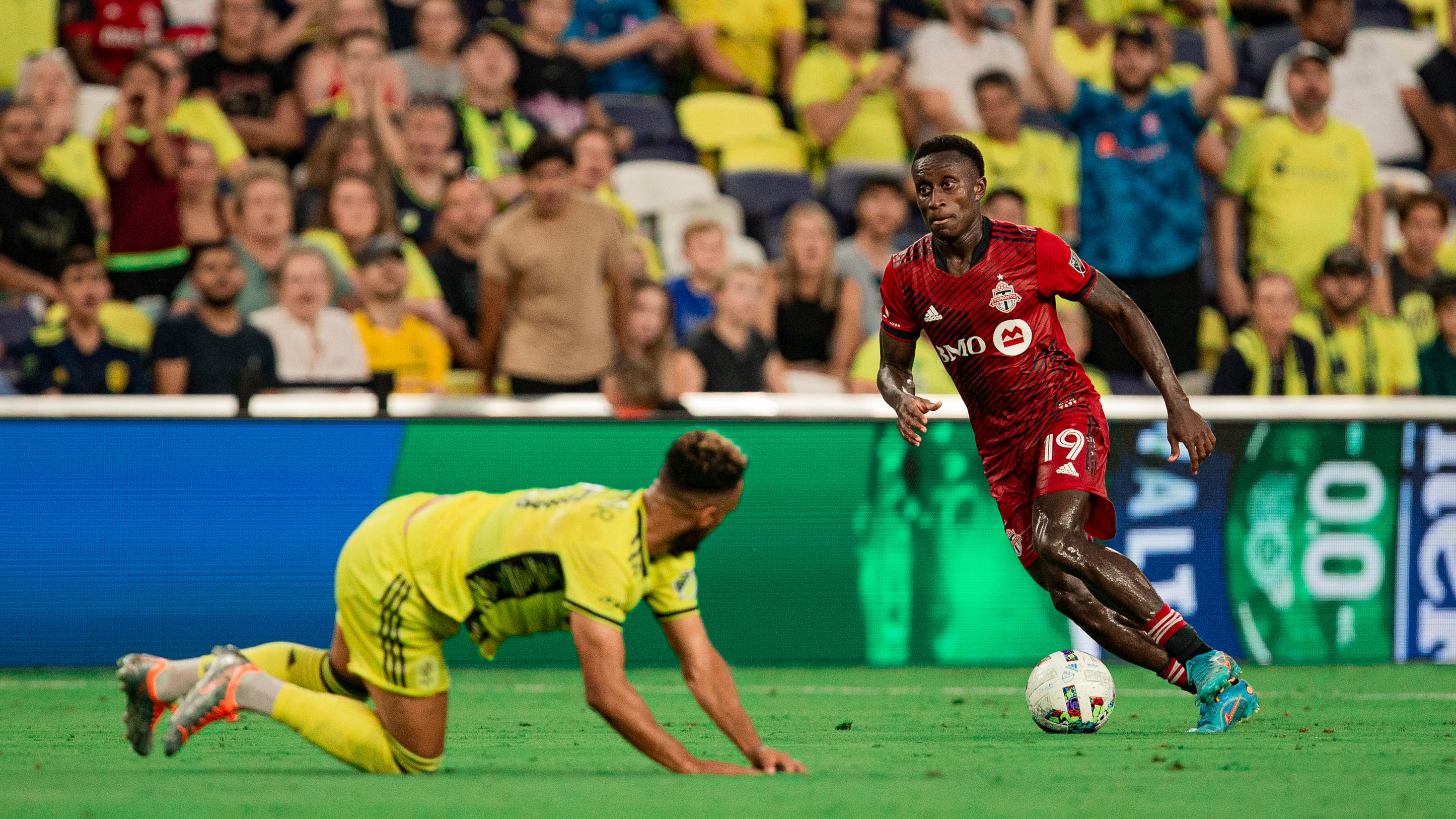 Initially an unsigned trialist before the 2019 season, Laryea, a midfielder turned full-back, quickly became an ubiquitous for TFC. His performances over the next three seasons, both with Toronto and the Canadian national team, earned him a move overseas.

In January, when he transferred to England, Forest were flying, building momentum that would see them earn promotion from the Championship to the Premier League. The form of Djed Spence, who has since joined Tottenham Hotspur, meant opportunities to break into the squad were limited.

Still, it was an experience Laryea savored.

“I was playing with good players for a huge club in a really good league. When I arrived the team was flying and I had to be patient. It’s part of the game,” he explained. thought I did well with the looks I had and that’s all I can really say.”

“Obviously the guy in front of me was a top player; the team was in top form. You just have to be professional about these things, wait your turn, and if the opportunity arises, get minutes elsewhere,” Laryea continued. “It was a decision I had to make with my family and my representation to see what the next step was for me to be a few minutes ahead of a World Cup.”

“No negatives, lots of positives,” he said. “It helped me a lot to grow as a player and as a person, especially off the pitch. Maybe other people might have different perspectives, maybe people thought I didn’t I wasn’t happy, but I was happy. I was getting used to a new environment, playing with different players, different league, different systems. For me, it was a great experience. I’m here on loan now, so We’ll see what the future holds, but I wouldn’t trade it for anything in the world. I’d do the exact same thing a million times over.