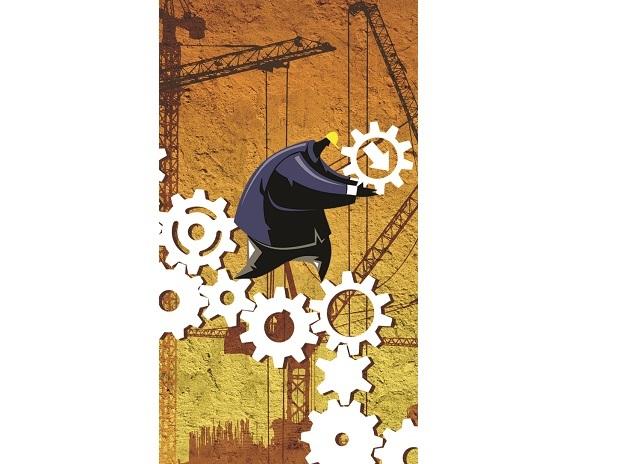 
MUMBAI (Reuters) – A potential increase in Indian government borrowing in the second half of this financial year could be offset by a decline in debt issuance by states, ICICI Securities Primary Dealership said.

“The sharp decline in state borrowing will more than offset the rise in central dated borrowing, economists Prasanna A and Abhishek Upadhyay said in a note on Friday.

“In this sense, total SLR (Statutory Liquidity Ratio) borrowing would be lower than projected in the budget,” economists Prasanna A and Abhishek Upadhyay said in a note.

India aims to borrow 14.31 trillion Indian rupees ($179.25 billion) on a gross basis through the sale of bonds this fiscal year, of which 5.86 trillion rupees is scheduled for October-March .

The lead dealer, however, expects the government to revise its gross borrowing to Rs 15.1 trillion for the year, which could lead to an additional debt supply of around Rs 800 billion.

He expects, however, that states will borrow less than what was projected according to their budget estimates.

India is expected to announce its borrowing schedule by the end of this month, while states announce a quarterly schedule.

The state’s narrow development loans spread over government securities could hold up in the second half, he said. “We believe these trends should play out regardless of news regarding the inclusion of Indian bonds in global bond indices,” the economists said.

The memo adds, however, that news of additional borrowing from the center could come later, as much of the additional revenue spending is lumpy and backbone, and may not occur until January-March.

“The probability of further borrowing is based on a binary event, i.e. the extension or cessation of free food grains

(Only the title and image of this report may have been edited by Business Standard staff; the rest of the content is auto-generated from a syndicated feed.)

Business Standard has always endeavored to provide up-to-date information and commentary on developments that matter to you and that have wider political and economic implications for the country and the world. Your constant encouragement and feedback on how to improve our offering has only strengthened our resolve and commitment to these ideals. Even in these challenging times stemming from Covid-19, we remain committed to keeping you informed and updated with credible news, authoritative opinions and incisive commentary on relevant topical issues.
However, we have a request.

As we battle the economic impact of the pandemic, we need your support even more so that we can continue to bring you more great content. Our subscription model has received an encouraging response from many of you who have subscribed to our online content. More subscriptions to our online content can only help us achieve the goals of bringing you even better and more relevant content. We believe in free, fair and credible journalism. Your support through more subscriptions can help us practice the journalism we are committed to.