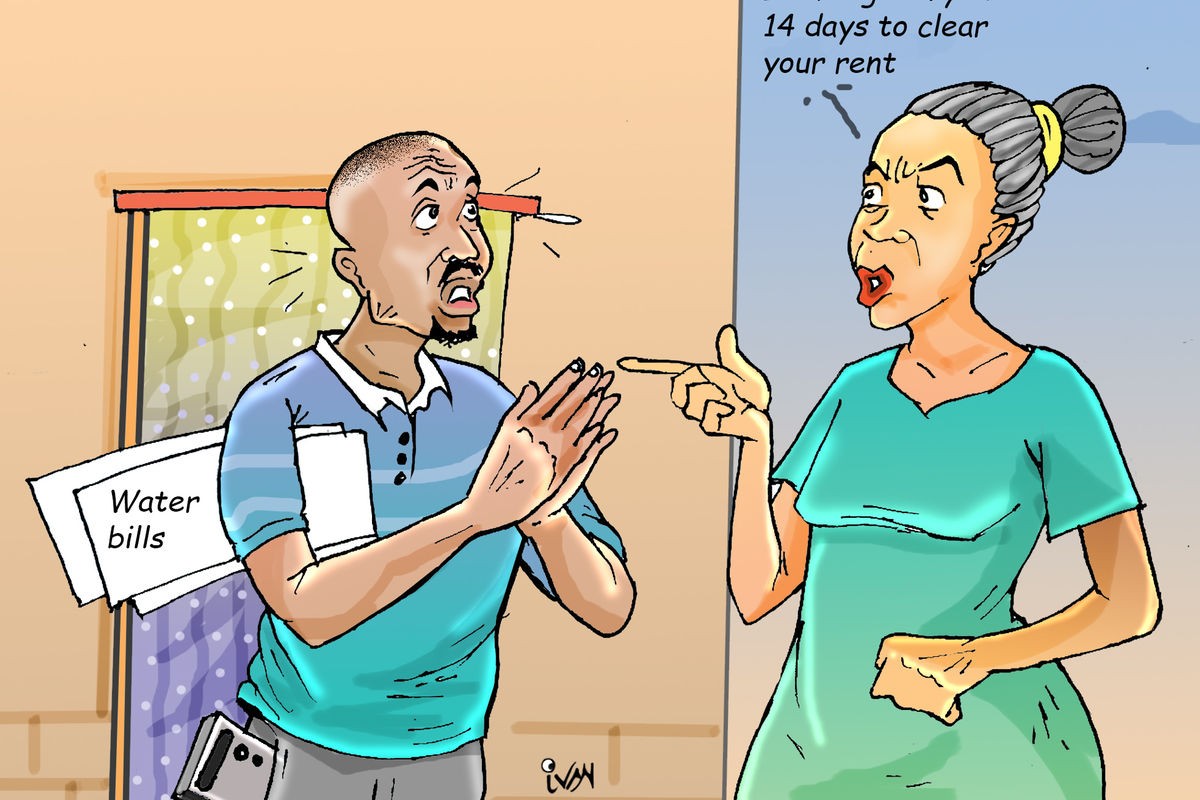 Borrow by mistake: please do not try this in Kakira

Sometimes life can throw you such a cruel sleight of hand that you wonder if you’ve been dumped in a meme studio. Yes, you can joke about a lot of things, but never try to re-enact Undertaker and John Cena scenes with moneylenders.
Although there is this guy who can afford to cancel a loan he received by simply wishing it as a loan taken by mistake, in Kakira it can make you become manure for the sugar cane plantation of the day to day. I speak from experience. A very bad one.

In February, life unfolded on the heels of January. Borrowing to get ahead became inevitable. A visit to a guy everyone calls “America” ​​in Kakira followed. America is slang for “money lender” or what you guys in Kampala call loan shark.
The problem is that loans are like a pregnancy – anyone with a uterus (read collateral) can get one. But they are very difficult to deliver. When in doubt, just ask the man who tends to borrow by mistake.

Mr America lent me Shs 500,000 at 20%. Things were so bad that I could have taken it 50% or more. I just had to get the money that day. But I had other debts. And bonds. And each passing day made it harder to repay Mr. America’s loan.
Now Mr. America took no guarantees. I gave him my ATM card but it’s not a card for the bank that pays my salary. So the only way Mr America was ever going to cash out was if I deposited money into this account in the first place.
Then things went south. Good kyeyo payment from Kigali arrived on my mobile only for MoKash guys to block. MoKash left an inflation slur hitting my house.

I took to Twitter to try and get the telecom guys to at least unblock my sim card so I could pull off the skinny figure and feed my dog ​​and that’s when it happened. The phone has just switched to another mode. It took a while to realize that the guys from MKopa had struck as well.
Apparently I hadn’t paid the monthly charge to take out a phone on credit. Nokia’s thing just flashed a terrifying logo on the screen – it was more annoying than a coffin-maker’s site sobbing at a funeral.
There was a rasp on the door. I answered. A man in a blue jacket put a printed water bill on my face and smiled at me in greeting. I almost unconsciously returned and sat down at my desk only to have another creak on the door shake me.
Owner. She was not in a good mood at all. She reminded me that I had gone two consecutive months without paying and that she was not going to let me walk away with a third month in arrears.

After several pleas, she relented and gave me 14 days. As she was leaving, I ran to the bathroom, away from the children, to cry. I had seen similar things in too many movies. I turned on the shower and there was a gurgling sound as the water sprayed just long enough to wet a piece of paper.
Back in the living room, I asked a child to check with the neighbors if they had water. She came back with an answer soon after. There was water in his playmate Scovia. I dove for the water bill and only then did I realize the doodle-like thing written in ink was actually a word: disconnected.
I brought a boda to a friend in Kakira and explained my situation to him. Moze knew a few US dealers. We found one who lent me enough to pay two months’ rent arrears and get the water hooked up.
As we were leaving the Quick Cash office, two men pulled me over as if they had caught a man who had stolen a duck. There were two others holding huge batons. They waved at Moze to get lost.

With every step I could see where they were leading me. It was not my death in the sugar cane plantation but another death all the same.
The February American leader was pleased with the work of his rudimentary ushers as they delivered me in one heap. He scowled and fumed because my phone was off, my bank account never received money…He waved his big finger in front of my face when I mentioned MKopa and that was it, saying “We don’t mistakenly lend money here.”
They took everything from me.

Disclaimer: This is a parody column